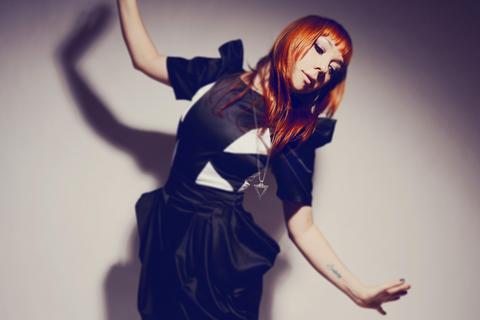 Growing up in Buenos Aires, Natalia Clavier was immersed in a world of music – classical, jazz, Argentinian folk & pop and Spanish singer-songwriters, as well as the revolutionary sounds of American soul and protest rock.
A move to Barcelona broadened her horizons further, and she was soon adding vocals to dance singles, singing live at raves in front of thousands as well as solo in the rather more intimate surrounds of the jazz circuit. There she met fellow ex-pat Federico Aubele, an Argentine singer-songwriter with several albums to his name on Thievery Corporation’s label Eighteenth Street Lounge (ESL Music). Natalia and Federico became partners, in music and in life, and the demos they made soon led to her debut album, Nectar, released in 2008 on ESL Music.
Nectar took a traditional approach, using Natalia’s pure and beautiful voice to gorgeous effect over spare jazz-soul arrangements. It was a perfect reflection of where she was at during that period, as was Live at the Triple Door, the live album that followed one year later, and her live work as lead vocalist with the celebrated Thievery Corporation.

But a later move to Brooklyn brought new sounds, new ideas and a new urge to incorporate the dynamism of one of the world’s premier melting spots into her Buenos Aires soul. In came Adrian Quesada, Grammy-winning producer and guitarist with Grupo Fantasma, The Echocentrics and Ocote Soul Sounds. Together they’ve wrought a transformation for her new album, Lumen. In place of Barcelona’s laidback vibe, Lumen moves with the bumper-to-bumper bustle of Brooklyn, a place where sounds collide and mutate.
This new direction is evident right from the start with Every Time. Not only is Natalia now singing in English (though most of Lumen remains in her native tongue), but the drums strike with the hypnotic power of a hip hop loop. The piano line is stripped back and simple, like vintage Dr Dre, while the guitar resonates with a James Bond twang. Adios! adds the delirious psychedelic energy of The Echocentrics (another of Quesada’s groups and one for whom Natalia has sung), a track with all the zip of Nuggets-era garage, but the snap of its distinctively South American rhythm.
Lumen is where Natalia steps out from behind the curtain and places herself center stage – the next step on her journey from the concert halls of Buenos Aries to the world festival circuit. It’s an album as relevant to the streets of New York as the boulevards of Buenos Aires.
These are songs of love and lust, of excitement and adventure. Most of all they’re songs of life.