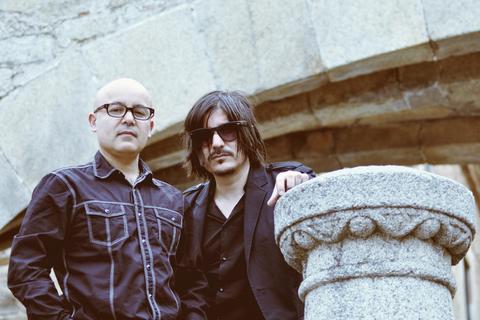 Nortec Collective emerged from the burgeoning Tijuana electronic scene, performing a style of music that they invented called Nortec - a fusion of Norteño ("from the North") and Techno, documenting the collision between the style and culture of electronica music, characterized by hard dance beats and samples from traditional forms of Mexican music.

Nortec Collective’s Bostich + Fussible most recent album ‘Bulevar 2000’ follow up to the Grammy-nominated‘Tijuana Sound Machine’ was also nominated for a Grammy. Bostich & Fussible are currently in the studio working on a new release for the fall of 2014, tentatively titled ‘Motel Baja’.

The duo has toured around the globe from Europe to Australia, from Japan and China - all while still managing to find the time to become iconic artists in their home country of Mexico.