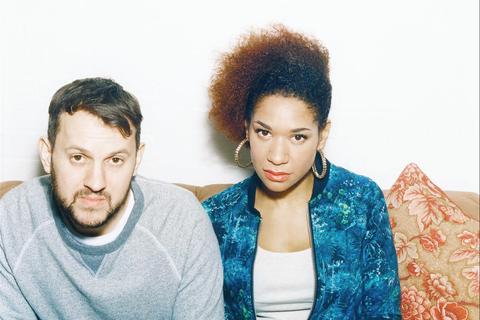 Exploding onto the UK’s effervescent dance music underground is Anushka – a Brighton based duo made up of producer Max Wheeler and singer/songwriter Victoria Port.

Drawing on the UK’s rich heritage of scattered snares, sub low rumble and breakbeat culture in its myriad forms, Max has the innate ability to create urgent, compulsively danceable rhythm marrying swaggering, boisterous drums and melodic hooks with a refreshing futurism (not unlike those of Jacques Greene or Disclosure) whilst simultaneously paying homage to historic melting pots of innovation such as Detroit, Chicago and London. Layering up Victoria’s delicate, graceful vocals on these foundations, the pair have struck upon a golden formula, as her wistful words elevate their productions to alternative modern classics in the vein of MJ Cole, Breakbeat Era or Freeeze.

Signed to Gilles Peterson's Brownswood Recordings Anushka are set to make a serious impact in the first quarter of 2014 with the album releasing world wide around the time of SXSW.