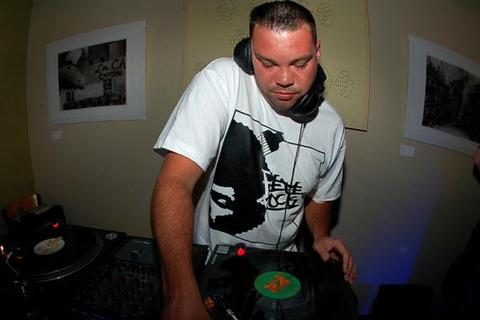 Raised in Ct., now residing in Florida, Jaybee is definitely one to keep your eye on. With releases forthcoming on Liquid V, Chronic, Innerground, Good Looking, Mac II and a slew of other labels his music keeps going from strength to strength. Born to a radio DJ father he was raised listening to a wide range of music genres that led him to hip hop and later on, Drum and Bass. Always fascinated with watching the dj's in hip hop videos, Jaybee obtained his first set of turntables at the age of 13 and started playing hip hop. A few years later he was intrigued by a friends "techno" compilation and wore out the hit the decks megamix series tape and found his love in breakbeats which led him to a outlaw Jungle party thrown by Digital Konfusion. It was at this event that Jaybee first discovered Jungle while witnessing DJ ODI double set Ray Kieth's "Terrorist", discovering it was possible to incorporate hip hop skills into Jungle. Flash forward 17 years and you can find him doing a weekly show on Bassdrive.com every Tuesday from 6 to 8 p.m. est. as well as doing A&R for Stepping Forward Recordings or in the studio working on whatever idea may roll through his head that day.
His music has received support by the likes of Bryan Gee, DJ Marky, DJ Storm, D Bridge, LTJ Bukem, DJ Randall, DJ Vapour, A-Sides, PFM, Trex, Physics, Random Movement among a host of others.