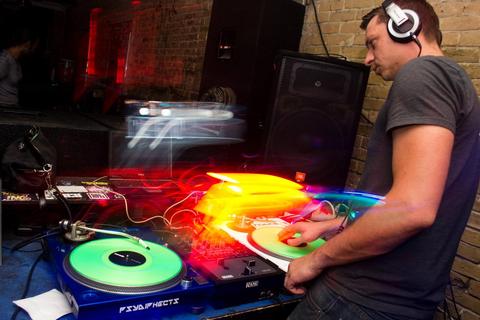 PSYDiPHECTs is one of the exciting new breed
of American drum and bass. Sure, he had a life
beforehand, but once fellow DJ's B-1 and Level
introduced him to the genre in 2005, the fire
was lit and he hasn't looked back. In 2008 he
caught the attention of the legendary Texas
crew Everydayjunglist, and has been a frequent
contributor, both to the online magazine, interviewing
heavyweights such as Coffey of Ammunition
recordings and Neonlight, or as a resident at SonarDnb,
the second longest running dnb weekly in the US.
In 2010 he took on the Southern US touring with
Reverend Kathy Russell, and played alongside
dnb icons such as Maztek, AK1200, Kryteria and
Simon Bassline Smith.
If you want the newest in cutting edge Neurofunk and Tech,
look no further.
Welcome to the future.