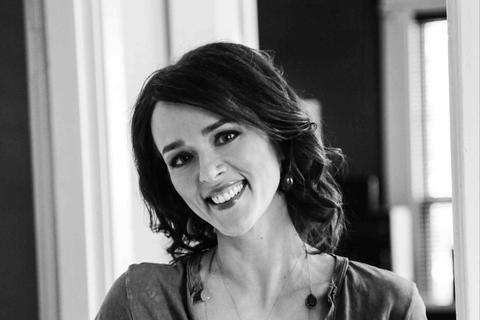 No Way There From Here, the new album from Nashville-born, New York City-based singer-songwriter Laura Cantrell, is out now to widespread critical acclaim. Of Cantrell, NPR Music critic Ann Powers praises, “…one of the stylists who defined Americana music as we now know it…,” while Rolling Stone asserts, “Cantrell brings bell-like vocal clarity to her stories, which illuminate more than explain—just enough to make you want to hear 'em again.” In celebration of the release, Cantrell will perform special shows at New York’s Joe’s Pub and Nashville’s The Basement followed by a series of February dates in the U.K. and Ireland. See below for complete details.

Released on Thrift Shop Recordings (distributed by Redeye), No Way There From Here was produced by Cantrell and Mark Nevers at Nashville’s acclaimed Beech House studios and features writing collaborations with Tracyanne Campbell (Camera Obscura), Amy Allison and Franklin Bruno, as well as guest musicians Jim Lauderdale, Kenny Vaughan, Michael Cerveris, Caitlin Rose, William Tyler (Lambchop), Paul Niehaus (Lambchop, Calexico) and Paul Burch. Of making the new album, Cantrell says, “Each recording project presents a fresh question to answer about what you’re doing and why. For this record, where I’ve worked for the first time with mostly my own songs and point of view, the pressure I’ve felt is to find what suits each song and do it justice. It was challenging and exciting because I have had to really define the sound.”

In addition to her 2000 debut Not The Tremblin’ Kind, which pioneering British disc Jockey John Peel described as “…my favorite record of the last ten years, possibly my life,” Cantrell has released When The Roses Bloom Again (2002), Humming By The Flowered Vine (2005), and Kitty Wells Dresses: Songs of the Queen of Country Music (2011).