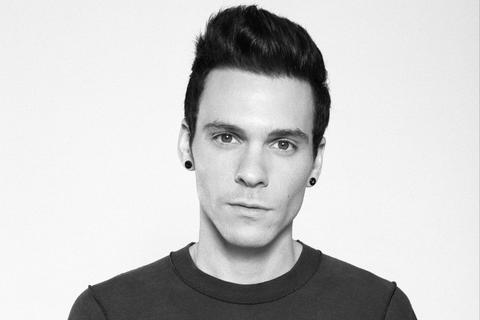 Singer/songwriter producer and Cherrytree Records/Interscope recording artist Matthew Koma knows how it feels when a great song changes everything; more importantly, he’s listened -- closely, truly -- and he’s adamant about putting what he has heard to work -- hard work.

For Koma, a near-lifelong commitment to music has yielded plenty of magic moments. Growing up on Long Island as the son of a singer/songwriter, Koma began dreaming up his own songs at age nine and landed his first publishing deal by the time he was 16. That of course takes pluck, which Koma has in abundance. When tour doors were slammed in his face, he invented a booking agency and routed cross country sprees that took him from Tulsa to Tokyo and back again. Sure he ended up with only “$150 and a hot pocket,” but the experience was invaluable.

Although he's a diehard rock-and-roll fan who caught his first Bruce Springsteen show at age three-and has seen The Boss some 30+ times - Koma also possesses an uncommon versatility when it comes to crafting hooks. It's that versatility that led him to make a major splash in co-writing the 2012 smash single "Calling (Lose My Mind)" by Swedish DJ/producers Sebastian Ingrosso and Alesso featuring Ryan Tedder. Says Matthew, “Calling (Lose My Mind)" was the first time I collaborated with an EDM artist so it was really unfamiliar and inspiring. I got to see a song connect via different avenues than I was used to delivering music and I loved how quickly the music could be in the listener's hands. It was an eye-opener to do what I do naturally in the context of a different production model. Sebastian & Alesso have incredible instincts and we kept pushing until we found what felt special.”

Koma again collaborated with Alesso, writing and featuring on "Years" (a track he performed live during Alesso's set at the 2012 Coachella Festival). "Years" was one of my favorite songs lyrically and melodically to write... I remember hearing the track and writing it on a flight to Los Angeles. It was one of the first songs to make me feel like I could incorporate more of this soundscape into music for my records. I think the sentiment really resonates with people and that's a hard thing to predict happening...to see fans breathe their life into this one constantly renews it for me.”

In addition, Koma co-wrote and is featured on "Sparks" by DJs Nicky Romero and Fedde Le Grand, as well as on EDM phenom Zedd’s "Spectrum" (the number-one dance single of 2012 which Matthew performed live with Zedd at the 2012 mtvU Woodie Awards.)

Koma recalls, "Spectrum" was a really quick spurt of inspiration and I don't remember too much about writing it. I hummed the melody as soon as I heard the chords and Zedd immediately said "that's it" so we laid it down right there. Listening back it reminded me of an Elliott Smith sort of melody which felt unique in the context of Zedd's production.

Matthew and Zedd teamed up again on Zedd’s 2x Platinum, Grammy Award winning hit single "Clarity" which Koma says, “was originally written to a completely different track. I wrote and recorded it to a track Zedd sent me but he wound up lifting the acappella and he put it on what is now the track for "Clarity". One of those happy accidents. It's been really humbling to see a song take on a life of its own like it has.”

With his latest achievements including remixing Springsteen's single 2012 "Rocky Ground" (after getting hand-picked by his hero for the track), Koma has also toured extensively throughout North America and Europe with artists like LMFAO, Charlie XCX and Ellie Goulding.

Describing his songwriting process as "manic and inconsistent," Koma says he thrives on constantly experimenting with new approaches to developing melodies, hooks, and lyrics. "My favorite songwriters are the ones who tell stories that are rooted in real emotion, but who find a way to get there that isn't obvious or direct," he says. "There are so many roadmaps to a great song, so many different ways to get to that destination," he continues. "And to me, the challenge of carving out my own path and speaking from my perspective as I'm looking for it and defining and re-defining it myself, is always an inspiring and exciting thing."