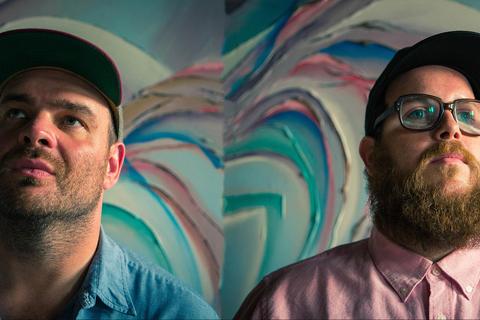 Founded in Philadelphia by Andrew Thiboldeaux and Christopher Ward, Pattern Is Movement and its twelve year history map a vast territory of internal exploration and external output. As the band recorded a series of albums over the past decade — The (Im)possibility of Longing, Stowaway, and All Together — they also shifted in membership and in stylistic focus, eventually solidifying into a powerful duo: Thiboldeaux on Rhodes, synth, bass, and vocals, and Ward on drums. Deeply soulful and natively genre-defying, they toured extensively, joining bands like St. Vincent, The Roots, and Shudder to Think, before delving into their fourth album and, along with it, the brightest and darkest corners of composition, orchestration, and collaboration. Years in the making, Pattern Is Movement’s new album will be released April 1, 2014 on Hometapes.

12:00AM Pattern Is Movement