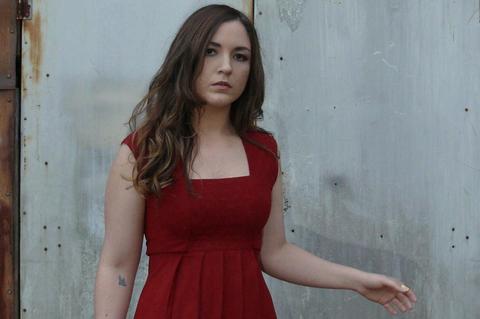 On the eve of the release of her third album, Gold and Rust, Lauren Shera decided it was time for a change of scenery. She had studied in Chicago at the Old Town School of Folk Music and honed her craft as a vocalist, songstress and multi-instrumentalist on the road and in the San Francisco bay area, where she had become a fixture of the folk music scene. With her unique brand of Americana-indie-folk, Lauren decided that Nashville was calling so she packed her bags and settled in to the Music City community to partake in its vast resources.

Lauren had been playing guitar and writing songs for four years when, at the age of 17, she self-released her first album, In My Bones. That same year she was invited to perform at the Bob Dylan Tribute Concert at Avery Fisher Hall. Lauren shared the stage with 22 celebrated artists including Patti Smith, Roseanne Cash, The Roots, Phil Lesh, Ryan Adams, Warren Haynes, Philip Glass, Cyndi Lauper, Natalie Merchant, and Allen Toussaint.

Before the release of her second album, Once I Was a Bird, in 2010, Lauren studied her songwriting craft at the renowned Old Town School of Folk Music. An ethereal blend of traditional Irish, old timey, and Appalachian folk music styles, the album featured guest performances by Abigail Washburn and Kristin Hersh.

Once I Was a Bird caught the attention of music journalists who offered critical praise of the songs, the intricate arrangements, and Lauren’s impeccable voice and powerful vibrato. Roughstock: “She is a folk singer in the best tradition of folk singers, immediate and contemporary with a strong tie to the past. She is roots music, all string instruments and Celtic themes, but she still retains an original sound. Once I Was A Bird is the quintessential folk album for fans who love that edge of Irish sound that mines the territory where folk and bluegrass overlap.”

With her profile elevated to a national level, Lauren was invited to the Bonnaroo and Mountain Jam stages, and she was hand picked by Ben Lovett of Mumford & Sons for the introductory U.S. tour of the Communion collective. In addition to Lauren, the Communion Tour featured The David Mayfield Parade and Matthew & The Atlas in a seamless night of artistic cooperation as each artist performed individually and in combined formats.

On her third album, Gold and Rust, which is planned for late 2013 release, Lauren has evolved an edgier and more defined indie sound that builds upon the vintage folk vibe of her first two albums. Quietly powerful, the richly textured album was recorded with the band members playing live in the studio as they would on-stage, to create a sound that conjures the Laurel Canyon folk scene of the late sixties/early seventies.

Lauren began 2013 on a national tour with Augustana and now, with the album complete, Lauren will once again hit the road to support it. Over the years, Lauren has shared the stage with such artists as Ray LaMontagne, Jason Mraz, Vienna Teng, Shawn Colvin, Billy Bragg, Nanci Griffith, Joan Osborne, Wanda Jackson, Mary Chapin Carpenter, Jackie Greene and Abigail Washburn.