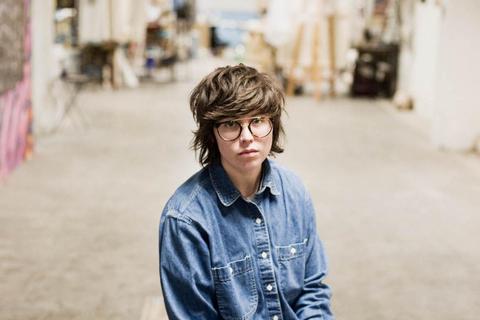 Jekyll/Hyde is the debut EP by Taryn Miller who records under the moniker, Your Friend.

Fusing warm atmospheric guitars with a focused and emotionally rich sense of song craft, Your Friend presents a keen balance of experimentation and structure. Momentum carries these creations through dramatic shifts that feel surprising, inevitable and always authentic. Fragmentary and evocative, Miller's lyrics are a collage of details taken from her life as well as her friends and family. Born in her bedroom and developed on stage, Miller describes the record as “deeply personal. For a long time it was hard to play these songs out because they were written for myself.”

In the fall of 2012, Miller and co-producer Jordan Geiger (Hospital Ships), set out to capture Miller's intimate live energy but with refinements. Though her bare-bones stage show was in high demand, she wanted the songs more fleshed out for the record. Bringing in bass, drums and keyboards, as well as layered guitars and vocals, Miller self-released Jekyll/Hyde in August 2013 to an already devoted fan base that quickly multiplied. For the Domino release, Miller and engineers Danny Bowersox and CJ Calhoun added even more depth with freshly recorded live drums and vocals. The result is a captivating debut that sounds fully realized in its ideal form

As for her day-to-day life, Miller, who recently graduated from University of Kansas with a degree in linguistics, works at Lawrence's legendary record shop Love Garden Sounds. When she's not steeping herself in music from every genre, she's busy practicing upstairs (her studio is right above the store) or with a friend's band. To name only a couple projects, she's currently playing drums for Hush Machine and bass for Oils. Much of her musical community can be traced to Whatever Forever, a collective of artists who release tapes on their eponymous label and record out of their studios in the lively Seed Co building, working home to several local artists. “It's such a welcoming environment,” Miller says. “There is so much creative life there, it's contagious.”

A self-taught musician who studied jazz guitar for two years at community college, Miller possesses a versatile and adventurous spirit. In addition to jazz, the Kansas native also immersed herself in hardcore and metal, citing those genres as foundational to her development on guitar. The technical riffs and melodic leads helped inform her musical backbone.

When asked to explain why she calls herself Your Friend, Miller tells the story of driving four hours to see Daniel Johnston, the charismatic outsider musician who wrestles with mental illness. Alone and open to whatever experience would happen, Miller found herself swapping deeply personal life stories with strangers at the concert. Waiting for hours after the show, Miller eventually got to meet Johnston himself. “It was really humbling to meet someone who I deeply respected, but still introduced himself," Miller said. "There is something special about that, a connection.”