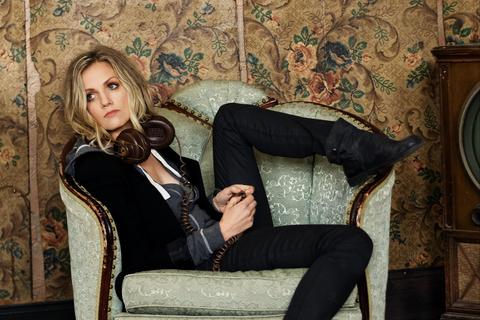 Since moving to Nashville in 2006, Katie Herzig has become a highly regarded artist in the city's burgeoning indie music scene. She has spent the last several years touring the US, sharing the stage with Brandi Carlile, The Fray, Sara Bareilles, Ten Out of Tenn and as a headliner. "Katie Herzig's signature sound of "orchestrated, textured pop that's clever yet sincere, sunny but grounded” (-PASTE) has been featured on AAA radio, NPR, XM-The Pulse and in film/TV soundtracks, trailers and commercials in the US and abroad. To put Herzig in any sort of box is only for it to be broken, as she continues to grow as an artist. The best way to understand where Herzig stands and to gain a sense of where she's headed, is to hear her latest project, The Waking Sleep. Glide Magazine notes, "This is the album she's always hinted that she was capable of making... The Waking Sleep is not just a step forward, because in many ways it's a quantum leap.” A leap that translates into a dynamic full-band live show that’s as intimate as it is epic… what listeners have come to expect of Herzig who continues to out-do herself with each new release.