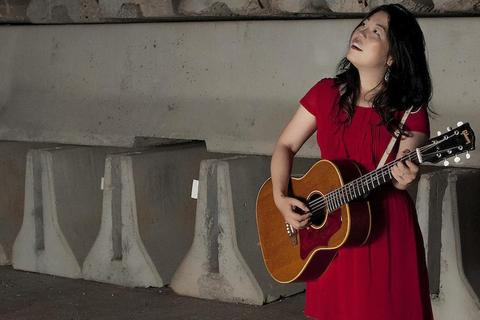 Acclaimed singer/songwriter BettySoo performs solo and with bands, and leads workshops on songwriting, voice, and guitar. In the five years since the release of Heat Sin Water Skin, she has toured extensively with her band and with Canadian dobro master Doug Cox, with whom she released two duo albums of songs penned by friends and heroes. Awards include Mountain Stage New Song Winner and Wildflower! Festival Songwriting Competition Winner. Coming soon, When We're Gone, her highly-anticipated album of original songs produced together with cellist Brian Standefer in Buda, Texas.