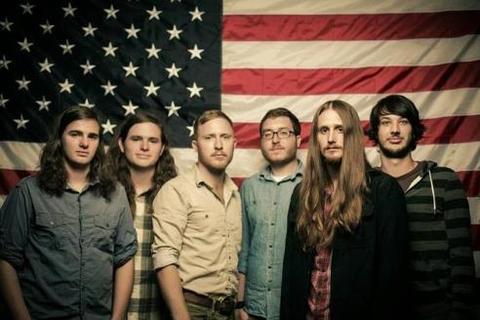 Roadkill Ghost Choir is an indie folk-rock band from DeLand, Florida. Brothers Andrew (vocals, guitar), Maxx (drums) and Zach (bass) Shepard make up half the band while Kiffy Meyers (pedal steel, banjo, guitar), Joey Davoli (keys, trumpet) and Stephen Garza (lead guitar) complete the band’s sound. It wasn’t until Andrew was offered his first solo gig in 2010 that he decided to form a band to fill out the songs he recently started writing for a live setting. After the band went through several name changes in the early stages of its creation, Roadkill Ghost Choir was formed.

While the member’s major influences include Wilco, Gram Parsons, Bob Dylan, and Fleetwood Mac, there are also undercurrents of Radiohead and Nirvana, lending the band an impish edge with broad appeal.

In 2012 Roadkill Ghost Choir finished recording their debut E.P. , Quiet Light, with producer Dave Plakon and engineer Mark Mason at North Avenue Studio. It was mastered in Omaha, Nebraska by Doug Van Sloun (Bright Eyes, She and Him). Quiet Light is slated for release later this year.