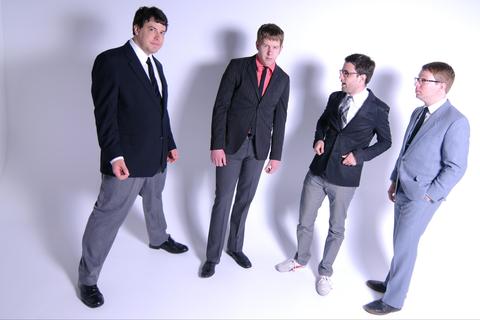 None of the members of Neighbours has a synth-pop side project. You can’t really define the band’s music as a subgenere or a “this-wave” or “that-core.” The Pittsburgh, PA four-piece basically just plays rock ‘n roll. That’s not to say they’re scornful of new music. The band simply draws influences from further back: Motown soul. The Beach Boys. Elvis Costello. The Jam. The threads that tie it all together? Melody and respect for the form of a good pop song.

Neighbours played their first show in July 2010 and quickly became a go-to band for area venues and promoters, playing several sold-out rooms and opening for national acts such as Mike Watt and Paul Collins Beat. They have twice been a featured act at local radio station WYEP’s Holiday Hootenanny concert and were selected as the spotlight local opener at the station’s annual Summer Music Festival which fills Pittsburgh’s Schenley Plaza each June. In November, they were invited to play the 2013 edition of New York’s International Pop Overthrow festival, and the El Sótano de Radio 3 (Spain) program featured the Neighbours song “Fun” as one of its top 100 tracks of 2013.

With a Get Hip 7-inch single behind them and a new full-length album entitled "Prime Numbers," Neighbours is primed to make an even bigger splash in Pittsburgh and beyond. These records share and showcase the definitive attributes that make Neighbours exactly what they are: a band focused on sincerity, melody, and fun!