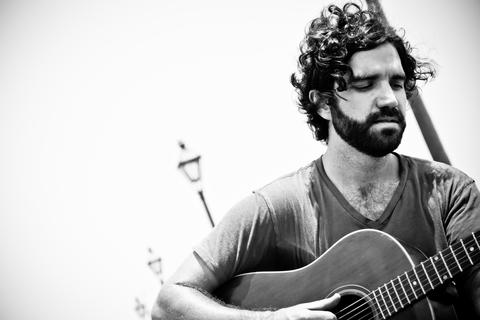 Andrew Duhon is a New Orleans native, raised in the country’s most unique and mysterious city, a city that accepts all walks of life with a curiosity and forgiveness that has found its way into his wholly American songwriting. Duhon draws his stories of struggle and triumph from his own path with a tangible nostalgia for the Blues and Folk roots that inspire him. Whether its love that crosses color lines, a family challenged by life’s unexpected turns or the woeful tale of a city left to drown, Duhon brings his audience into the most intimate of spaces through his storytelling.

"Duhon writes folk-pop, but not the kind I hate. He writes songs that will trick lazy listeners into believing they're disposable pop songs, when really there are deep and solidly rooted foundations beneath the surface. That's why his music works. Pop is meant to be shallow and ethereal, to evaporate in the summer sun. It's a bit of a mirage, really. Or maybe an iceberg would be a better metaphor. Duhon's music has depth because he's drawing not only from different traditions–the hazy harmonica folk of "Shelter You Through", the burned-out Delta roadhouse wreck of "Sidestep Your Grave", the Celtic-tinged sea-drenched singalong of "The Mooring"–but he's also drawing water from a deeper well of human experience. The hairline fractures that run through his vocals inflect his singing with enough humility that you find yourself drawn into the song, looking for the story behind the lyrics. As for Duhon's story, I really don't know anything about him. I know it's a good album when I don't even care who the artist is. When I'm not looking for a story to help me understand the artist, I know that I've found music that was meant to reach further than just one person." -Kim Ruehl, No Depression