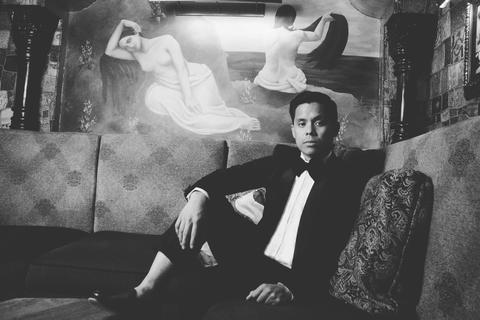 Dallas-based soul singer-songwriter Larry g(EE) released Weekends in December 2011 after a summer in Brooklyn. After teaming up with Producer Beau Bedford, whose credits include work with the Apache 5, Dovetail and Kirby Brown, he returned to Dallas to release this four-track EP showcasing a unique and catchy blend of funk, silky soul and smart pop melodies. His famed single “Yo Mama” reels listeners in with punchy horns and passionate vocals, while the piercing ballad “I’m Your Fool” embodies the intense romanticism of vintage Motown singles of the past. Weekends gives listeners a jolt - a burst of life-affirming, beauty rendered music that evokes the past, even as it is firmly rooted in the present.

Larry g(EE) has been spotted with his five- to fifteen-piece band from Los Angeles to New York City, on Jimmy Kimmel Live!, at South by Southwest in Austin, at ACL Live, on the Vans Warped Tour, Summerfest, the Center of the Universe Music Festival, MusicFest NW and opening for an array of national artists, including Ghostland Observatory, Linda Perry, Bootsy Collins, ZZ Ward, Emeli Sande and Erykah Badu. g(EE) has also been chosen to be one of Red Bull Sound Select's emerging artist to perform at a series of showcases and music festivals.