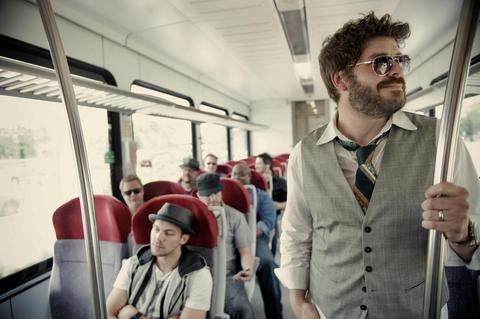 Listen to Without Question/Let the Games Begin (live clip)

Texas Music Magazine calls Mingo Fishtrap “the space where melodic pop meets gritty Memphis soul, with a twist of N’awlins funk.” That space is growing like kudzoo vine on the Mississippi Delta, crisscrossing the country with a deep, tenacious groove and a sanctified mission to shake your soul.

While attending the University of North Texas’ College of Music, Roger Blevins, jr. casually asked a few dorm mates to jam on some old soul & funk tunes. Missing that sound that he had grown up hearing, the Mississippi-native quickly found himself surrounded by an eight-piece band, replete with percussion and horn section. That first unassuming encounter lit a fire, and once the college crowd got wind of this old-school sound coming from Bruce Hall, it spread to Dallas’ infamous Deep Ellum, Fort Worth’s legendary Caravan of Dreams and down the I-35 corridor to Austin.

Their first album in tow, the band relocated to the Live Music Capital of the World. Mingo quickly carved a niche in the heavily saturated scene, with the Austin Chronicle saying “Their gumbo of tight & punchy horns, deep rhythms, restless melodies, and emotive singing has garnered Mingo justified respect as a live powerhouse.” The album Yesterday also garnered a handful of Austin Music Awards, and they once again set their sights on fanning the flames.

Mingo hit the festival circuit, which carried their brand of whiskey-soaked, funky soul from Portland, OR to Portland, ME and hundreds of shows everywhere in between. Recent support dates for the likes of contemporaries Robert Randolph, Trombone Shorty, MOFRO & Galactic, along with legends such as Parliament, Sting, Little Feat and Earth Wind & Fire, have raised the profile of the band, sharpened their focus and in 2012 led to the band signing with Intrepid Artists Booking and an ever expanding tour calendar. Over 100 shows are scheduled for 2013, and performances will include features at the 10th Wakarusa, the Rochester International Jazz Festival and Ontario’s Thunder Bay festival.
Finding what time they can between shows, Mingo is putting the finishing touches on their fourth full-length album.

Members include Roger Blevins, Jr., lead singer, guitar; Roger Blevins Sr., bass guitar; Chip Vayenas, drums/percussion/vocals; Dane Farnsworth, B-3 Organ/keyboards/vocals; Mikel Urdy, percussion/vocals; Dan Bechdolt, saxophone; Steve Butts, trumpet and Zol Waterhouse, trombone.
   
Just a few examples of what the critics have said:
"If what James Brown supposedly said was true – ‘the one thing that can solve most of our problems is dancing’ - then Mingo Fishtrap has plenty of business to take care of in our nation's capital." Zoe Polluck – Writer, Washington City Paper

"Ever wonder what the love child of Stevie Wonder, Jamiroquai, and Billy Vera would sound like? [It would sound like] five-time South by Southwest / Austin Music Award winner Mingo Fishtrap: an octopus of tenacious funk." What's Going On Here, PlaybackSTL

"Masters of music and entertainment, the music was tight, the tunes were big and moving. This is the kind of band that will swallow you with their talent. The music turns and twists, it curls up inside of you, this is a band you cannot ignore." Kristina Loye – Writer, MTV Online