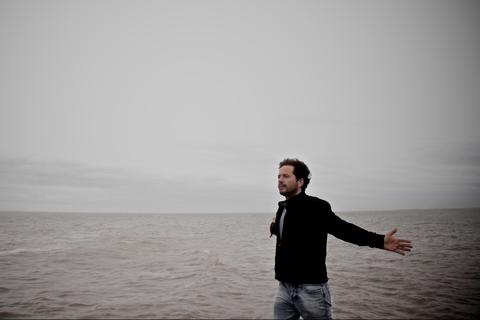 Uruguayan musician was born at Montevideo in 1969. His work is based on electroacoustic pop song with influences from River Plate folk genres like milonga, candombe, chamarrita & murga.

The album has collected rave reviews and was featured in several times last year.
In December Mar Abierto was considered by critics as one of Brazil's
10 best albums released in 2013. Similarly, for the newspaper El Pais in Uruguay, the album was among the top 5 of the year, next to Rubén Rada and Fernando Cabrera and others

Daniel Drexler was the only one Uruguayan artist awarded this night, but also others compatriots were nominees like No Te Va a Gustar & El Cuarteto de Nos.
Gardel Awards are most important prizes of Argentinian music organized by Cámara Argentina de Productores de Fonogramas y Videogramas (CAPIF)

At last years, he composed original music for some movies: created the soundtrack for documentary films like “Familia Tipo” from Argentinian director, Cecilia Priego & “Caminantes”, from Uruguayan director Alejandro Facal. Recently he composed a soundtrack for “El Notificador”, directed by Blas Eloy Martinez.