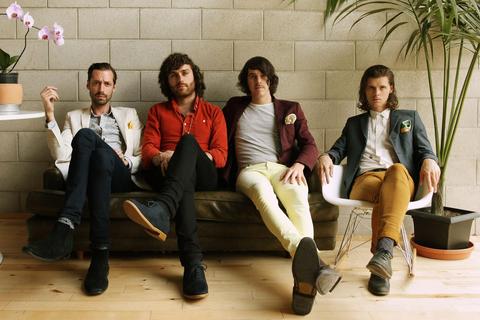 It may have been a long time coming for some, but Australia’s favourite psychedelic-dance adventurers, Miami Horror, are set to return this Summer with a whole new bag of delights.

The past few years have seen the group release their highly anticipated debut, Illumination to heady acclaim, as well as relocate to the US after lengthy tours of both their home country and abroad. Settling in Los Angeles, the four-piece quickly found inspiration in the glowing year-round Californian sun, set up a home studio, and eagerly started experimenting with new sounds and projects to ease their creative itch.

Proving that time is of importance, the band, anchored by producer Benjamin Plant, have spent the last year crafting and perfecting new material glittered with dream-gazey synth and matured song writing to deliver a new chapter in Miami Horror's evolution. With this brand new forthcoming album set to take the stage in 2014, leading singles 'Real Slow' and 'Colours In The Sky' set the lush, full-bodied tone to what is still 'the best to come'