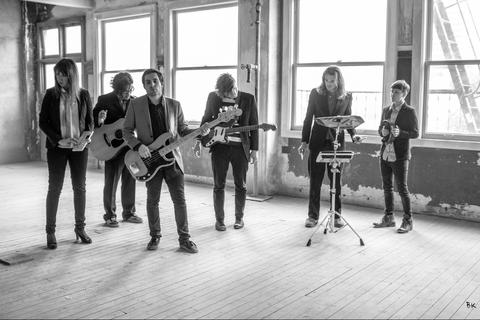 Opus, a reference to Chopin’s Fantasie Impromptu, Opus 66 -- and Orange, a reference to Charles Mingus’ “Orange Was The Color Of Her Dress”, foreshadows Paul Bessenbacher’s (PB) ability to mesh together two seemingly distant shapes.

The combination of natural rhythms, hammered piano harmonics, acoustic guitar, pop melodies, and incessant group percussion can all be found in his most recent work, the Balance EP.

“Balance is the main theme for these five songs,” explains PB. “Connection with misconnection. Control with lack of control. Light with dark. Life with death. Push with pull. I chose balance because it feels to be a constant issue in life.”

The title track, “Balance”, is a dance song for people that can’t dance -- it starts with a soft, percussive beat that was re-recorded through the iPhone’s Voice Memo app, then brought back into the full mix to create a wonderfully abrasive and tangible rhythmic vibe.

Despite growing up in Northern California, PB spent his later years attending The Wheaton College Conservatory of Music outside of Chicago. By day, he was honing his craft as an accomplished concert pianist, by night, performing in clubs. After years spent writing, producing, and collaborating with artists such as Tim Booth (James,) Lauren Hillman (Kotomi,) and Thao & The Get Down Stay Down, PB has created his very own project with Opus Orange.

The show at Esther's Follies on Thursday, March 13