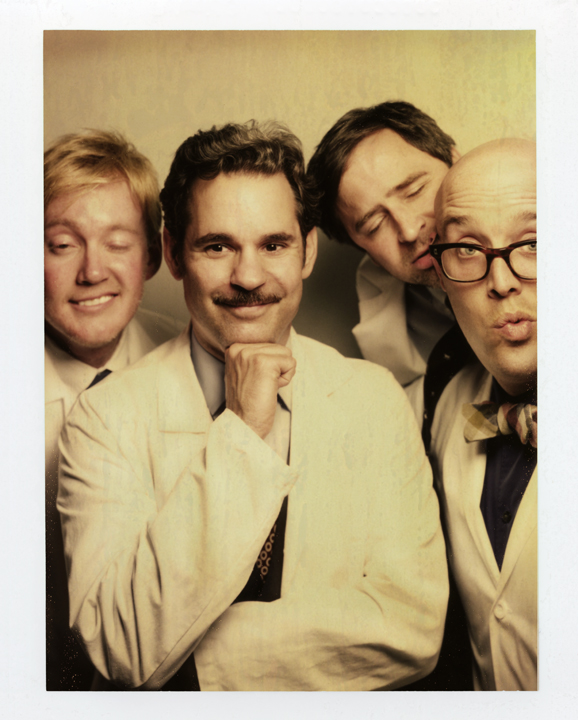 Superego began in 2006 when Matt Gourley and Jeremy Carter finally decided to record some of the stupid things they’d been saying. Luckily, Podcasts were just starting to emerge as an obscure form of media that no one was listening to. They remained patient and kept recording what would become the Superego Podcast: a collection of improvised, character-based sketches presented through the loose psychological framework of analytical Pscience™. Soon after, Mark McConville officially joined the staff and Paul F. Tompkins took residency as a regular Superego Specialist. Since then, they’ve steadily garnered over two million downloads, been featured on the iTunes main podcast page plenty, and welcomed such guests as Patton Oswalt, Jason Sudeikis, John Hodgman, Andy Daly, Drew Carey. Superego!

Jeff B. Davis is an American actor, comedian and singer. He is most famous as a guest star on the improv comedy show Whose Line Is It Anyway? He also appeared in Drew Carey’s Green Screen Show as one of the major actors. In 2011, Davis appeared on Drew Carey’s game show, Drew Carey’s Improv-A-Ganza. He also is the Vice President of the Harmontown podcast with Dan Harmon.