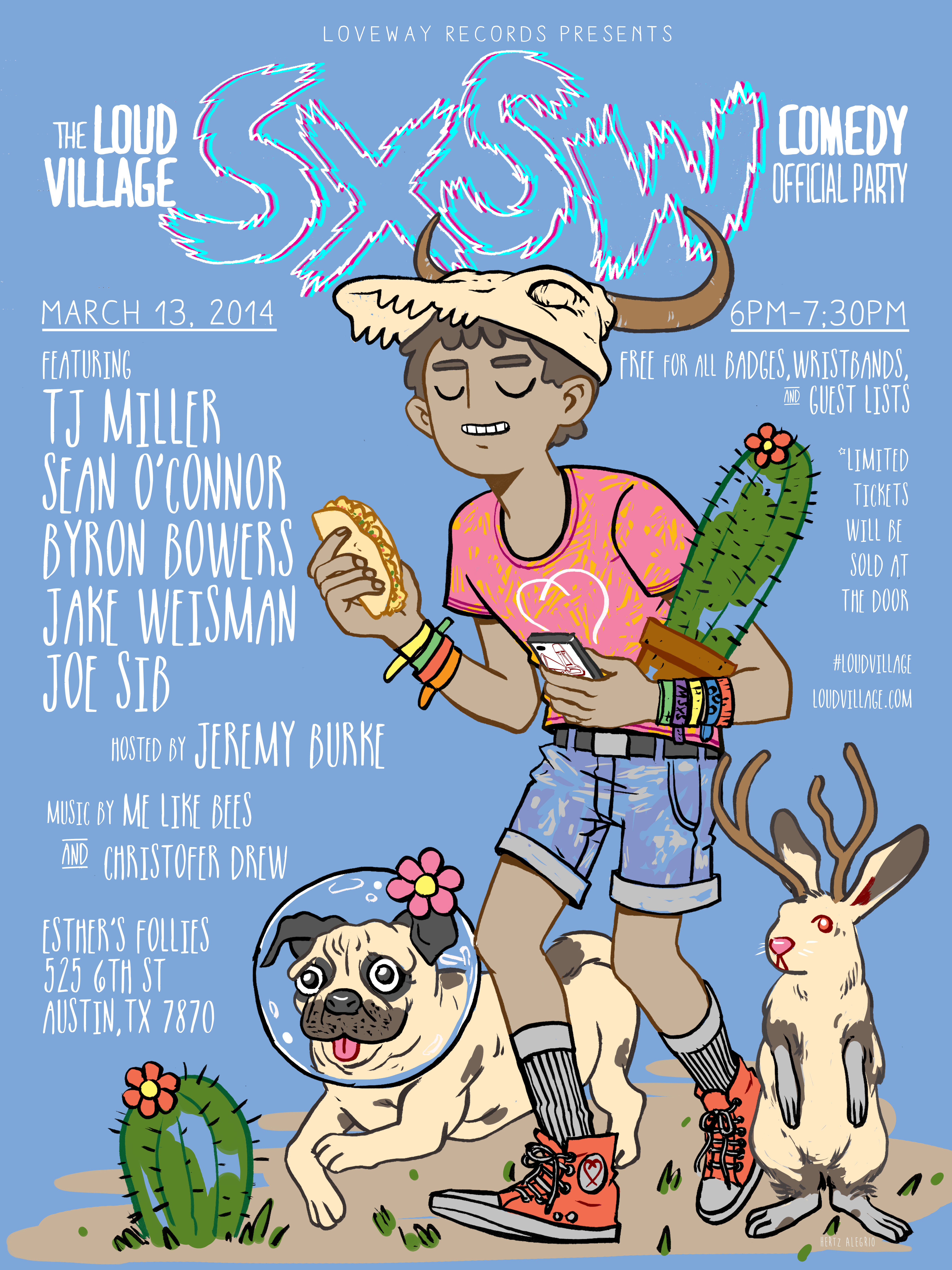 Loud Village is known for throwing some of LA’s best comedy and music parties. And this year, they’re doing both in Austin with help from their friends in Loveway Records! Come join in on the fun as they come together to bring talent from both worlds to SXSW!! This party is not to be missed!

Hosted by Jeremy Burke, Loud Village co-founder and host of some of LA’s favorite comedy shows, including Comedy Night at Best Fish Taco, Loud Village at the Improv, and Comedy for the Holidays.

TJ Miller was named one of Variety’s Top 10 Comics to Watch. He has appeared on The Late Show with David Letterman, Chelsea Lately, Last Call with Carson Daly, and Conan. Miller reps Denver, Colorado, and toured with Second City for almost two years. Miller’s film credits include She's Out of my League, Gulliver's Travels, Get Him to the Greek, Unstoppable, Yogi Bear, How to Train Your Dragon, Extract, and Cloverfield; he’s currently starring in HBO series Silicon Valley.