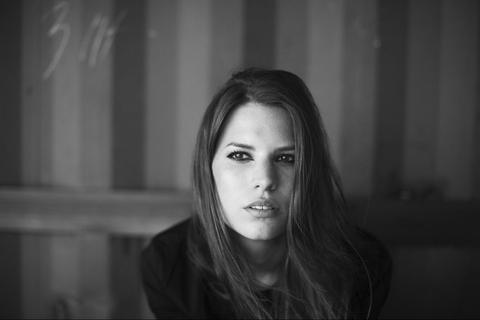 Sofie Winterson has found her artistic voice in combining folk with electronic music which has led her to make dreamlike indie-pop. To help her produce her debut album, Sofie asked Rimer London to step in. Rimer is a big name in the electronic music scene and known for his colla- borations with the graphic artist Parra, with whom he has the project Le Le, music producer Bas Bron (Fatima Yamaha / De Jeugd van Tegenwoordig / Bastian) and a successful selftitled solo album in 2011. The combination
Sofie Winterson and Rimer London turned out to be the perfect match.
Sofie writes and composes all songs herself.
Together with her bandmembers: Lyckle de Jong (keys), Rutger van Woudenberg (Guitar) and Illan Voshol (drums) she made a truly impressive debut album, which will be released on Magnetron Music early 2014.

Magnetron Music from Amsterdam is a small and innovative label, centered around a closely-knit aggregation of producers, designers and performers. The label has a very strong fanbase in it’s home territory (with many MTV & Mobo-award winning and Gold-selling artists in it’s roster) and rose
to international fame with the release of Staygold’s album in 2013, and numerous underground (dance)hits in the past.