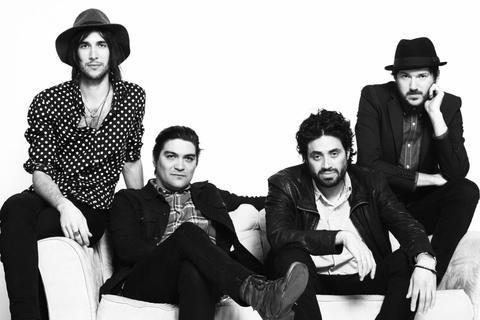 Named as one of Paste Magazine’s “Top 25 Shows at SXSW 2013″, The Soft White Sixties are increasingly gaining recognition for their infectious live performance. Since 2010 they have been perfecting their sound, appropriately dubbed Working Class Soul – a gritty edge to modern pop. They mix their vast influences into a hard-hitting and confident force reminiscent of classic R&B and Rock ‘n’ Roll but with a contemporary sensibility. Octavio Genera (vocals), Aaron Eisenberg (guitar/keys), Ryan Noble (bass), and Joey Bustos (drums) combine soulful melodies, deep grooves, and fuzzed-out hooks to form a completely distinct sound.

An anticipated forthcoming album titled “Get Right.” is due out in the near future. Produced by Jim Greer (known for his recent work on Foster the People’s platinum-selling album, Torches), the new record offers a sonic diary of the band’s last two years: an organic collection of soul-driven anthems, heart-felt choruses, sticky grooves, and clever arrangements. Like the object after which The Soft White Sixties are named, this band shines.