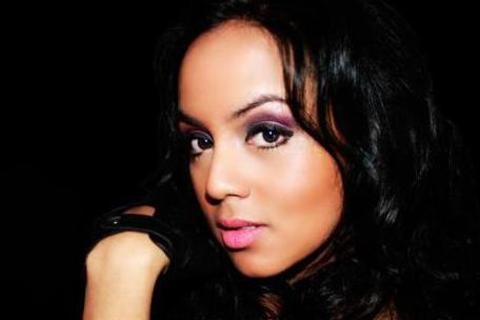 Listen to Lady In The Streets

Born in Bahrain, Elaine “Lil'Bit” Shepherd began performing at a young age. In 1997 she immigrated to Vancouver BC, Canada with her family, where she continued to develop her musical talents, transferring and blending the sounds of her origins with the West Coast Canadian vibes she met. Blessed with a confident voice and abundant creativity, Lil’Bit is recognized as “the little girl with the big voice.” Her iconically sweet tone is pleasantly alluring and draws a listener into her world of dramatic presence and passion.

In high-school, Li'l'Bit picked up the guitar and piano, expanding her range of musical expression, while developing her understanding of the structure and mechanics underlying the music she loved. She began focusing heavily on songwriting, enrolling in music classes in college, and collaborating with fellow musicians who focused on the meaning of her music as much as their sound. These collaborative chances introduced Lil'Bit to the contemporary world of Hip-Hop, Rap and Reggae music.

Lil'Bit’s efforts during the 2009 Junos in Vancouver, B.C. earned her the notice of Carrie Mullings (of iMOK Enterprises)who introduced her to the Toronto Reggae scene.

After releasing “Lady in the Streets,” Lil'Bit was called a ‘hidden gem’ of Canada, owing to her powerful and refreshing sound. Her music possesses timeless zeal, as the refreshing presence is strongly rooted on a base of classic and soulful music. Clearly recognizing this love for canonizing music, a 20-year radio vet of Jamaica had this to say:

“There were times when I thought that sweet Lovers Rock like this was a thing of the past. After listening to this talented artist, I realized that there is still hope for music of such quality. Her Erykah Badu-sound adds flavor to some poignant lyrics telling the brothers, 'don’t rush it, just take time to get to know me.' - The lyrics were skillfully crafted to speak for today’s women as she virtuously declares that the price of her worth is not under her skirt. The song has the kind of power to keep you listening for hours. Of course this artist will be around for a very long time.” - Tony Gallimore Newstalk 93FM Kingston, Jamaica.

These kind words mark a time of artistic growth for Lil’Bit, as her personal achievements began earning her public respect and national accolades. Lil’Bit began seeing regular rotation on community airwaves across Canada, and in June of 2010, Lil’Bit received The Most Promising New Artist Award at the RMAA’s. This award–a milestone in itself–ultimately foreshadowed her acceptance of the most prestigious award in the Canadian Music Industry: in 2011, Lil’Bit received a Juno for Reggae Recording of the Year for Single "Likkle But Mi Tallawah." That same year, Shepherd also won the 2011 MMA Marijuana Music Award for Best Reggae/Dancehall Single "Sensimilla."

Elaine “Lil’Bit” Shepherd’s formal accomplishments speak for themselves, but her voice speaks louder, as she continually evolves as a professional-minded, strong woman, and as a relentlessly passionate artist. Her sound is bold, and her humble frame only underlines the beauty her soul's expression, making Lil’Bit a Canadian icon worth following closely.