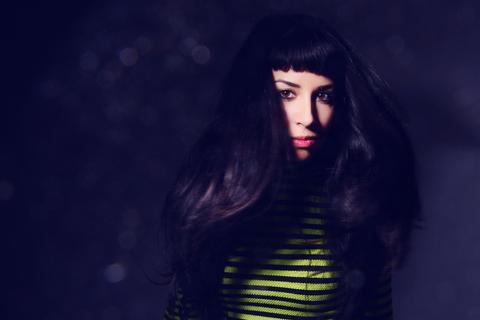 This malleability expresses itself in so many facets of Jessica’s life. The first-generation American grew up in and around Detroit. There are few regions more impressing as the nitty-gritty of Rock City and it left its mark on the 25-year-old artist. Her voice is instantly recognizable. Its strength and soul are matched by an honest vulnerability. Whether she is singing heartfelt words about someone that has left this world too early, or belting out a danceable tune through a big smile, Hernandez is unforgettable… especially with the ultra-talented Deltas behind her.

Never one to adhere to norms or outside pressures, Jessica Hernandez & the Deltas have learned lesson after lesson along their rise as one of Detroit’s favorite bands. They’ve honed their craft in sell-out shows and tours that span the nation. It’s easiest to classify Hernandez by seeing the people that come to every show. All races, all ages, all fans of good music.

One thing is for sure, fans of big band, indie, folk, orchestral pop, jazz, R&B should be excited for Jessica’s new album. “Big-indiefolkestraljazz&B” might not be where the new album is found in record stores across the country, but it should be. The upcoming release, recorded at the prestigious Sonic Ranch, is only just the beginning. Hernandez will supplement the music with made-with-love merch and DIY sets. With songs like the relentlessly upbeat “Dead Brains” and the generational anthem “Young, Dumb & Drunk,” the new album will let listeners know why Real Detroit Weekly has called Hernandez “Detroit’s biggest voice.”