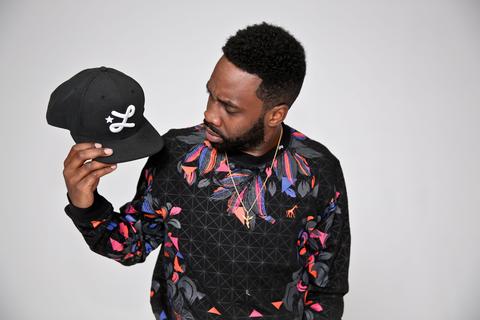 Black Cobain (born Marcus Gloster; April 29, 1986) is an American Rapper signed to The Board Administration most notably recognized for his collaboration on the Wale Track 4 AM and as the opening act of Wale’s 2011-2012 53 City Ambition Tour.

Black Cobain was born in Alexandria, Virginia and fell in love with Hip Hop at an early age. His MC Moniker Black Cobain originated from childhood nickname Black being combined with Cobain in homage to his uncle who introduced him to Rock and Roll and world renowned band Nirvana and front man Kurt Cobain.

Black Cobain performed the local circuit and various open mics within the DC, Maryland, and Virginia areas to garner attention and heighten awareness of his brand. Despite his affiliation with Wale and The Board Administration he worked effortlessly to cultivate his own buzz and did not collaborate with Wale until years after signing with the label because he put in his own groundwork and operates by his childhood reality and philosophy that nothing is ever given, more so earned.

After a solid run releasing freestyles and frequenting local performance venues, Black released debut mixtape, Now or Never. Now or Never focused on his transition into adulthood and the perils of inner city life. A year later, he released second mixtape, Now, a demonstration of a more evolved Emcee and better articulated and confident Black Cobain. Now had features from Wale, Raheem Devaughn, J Holiday, and Wiz Khalifa.

Later the same year, he was featured as the Spokesperson for 2010-2011 Rocksmith Tokyo Fall/Winter Campaign alongside Wale. His 2011 mixtape, Young, Gifted & Black, hosted by Rocksmith Tokyo possessed features from Wale, Stalley, and also featured production from Tone P and 88 Keys. Young, Gifted, & Black is regarded by many as his most solid work to date and shows his full emergence from local act to national contender and someone to know.

Black Cobain has the most carbon footprints of any emerging artist by touring 53+ markets worldwide as the official opener for Wale's Ambition Tour 2011-2012. That same year he was placed under consideration by XXL Magazine as a 2012 Freshman Class Candidate and toured the United Kingdom as the featured rap artist in the Mark Ronson Royal Ballet Production "Carbon Life" alongside singers Boy George, Hero Fisher, Alison Mosshart, Jonathan Pierce and Mr. Wyatt.

In 2013 Black Cobain toured with Wale and J Cole on the What Dreams May Come Tour. He also released his fifth project, Perfect Contradiction, a mixtape in collaboration with LRG.