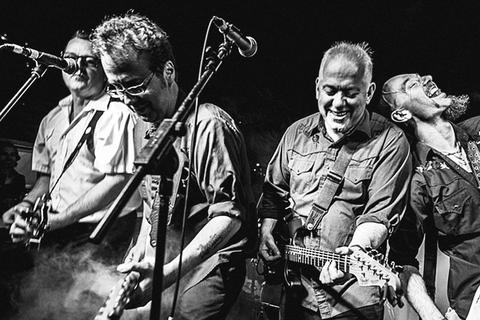 In a world of corporate-sponsored tours by lame-o alt-rockers complaining about their hotel suites and "country" stars who owe more to Boston than Bakersfield, the Wacos go out every night and play as if their lives depended on it. Their shows at SXSW and CMJ are legendary, and every year threaten to actually collapse under the weight of their runaway brilliance. If you're not drunk, sweaty and out of money at the end of one of their shows, then brother, we pity you.