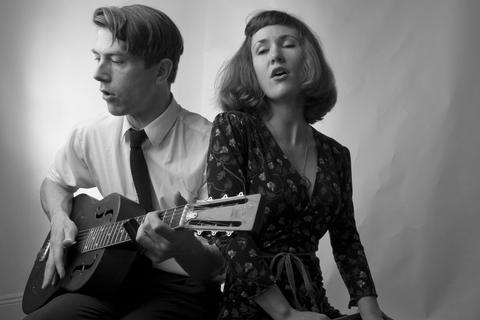 29-year-old Luke Winslow-King is a guitarist, singer, composer, and lyricist known for his slide guitar work, and interest in pre-war blues and traditional jazz. Winslow-King’s work consists of an eclectic mix, taking in delta-folk music, classical composition, ragtime, and rock and roll; juxtaposing original songs with those from a bygone era.

LWK, originally from Cadillac, Michigan, moved to New Orleans by chance in 2001. During a decade in New Orleans, he has collaborated with a revered list of local musicians, including: John Boutte, “Washboard” Chaz Leary, and Paul Sanchez.
Performing years of weekly gigs on Frenchmen Street, LWK has honed his sound and earned respect as leader among the young traditionalists.

Bloodshot is proud to release his full-length debut, The Coming Tide.