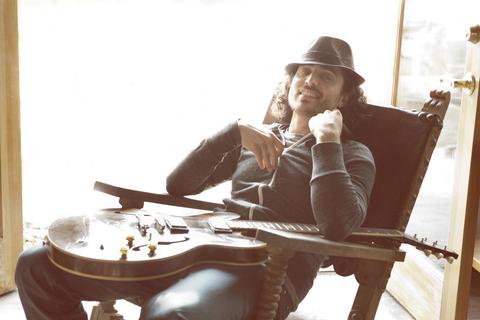 Keaton Simons is truly what the Los Angeles Times terms “a triple threat.” He captivates audiences with an authentic voice, compelling and soul-baring songs, and a true command of both acoustic and electric guitars. He has toured nationally and internationally, opening for Train, Guster and REO Speedwagon amongst others. He has also worked as a writer, musical director, singer, bassist and guitarist with such notable acts as Gnarls Barkley, Snoop Dogg, Josh Kelley and Tre Hardson (The Pharcyde).

Simons’ music has been heard in many feature films and television shows including Private Practice, Sons of Anarchy, NCIS, Young and the Restless and Hollywood Heights. He has performed on The Tonight Show with Jay Leno, The Late Late Show with Craig Ferguson, Last Call with Carson Daly and most recently The Ellen DeGeneres Show. In 2013 he also made a guest appearance on Californication as well as recorded a Daytrotter session. Simons is now working on his third studio album, which promises to showcase his electric guitar work, which has always made his live performances unforgettable.