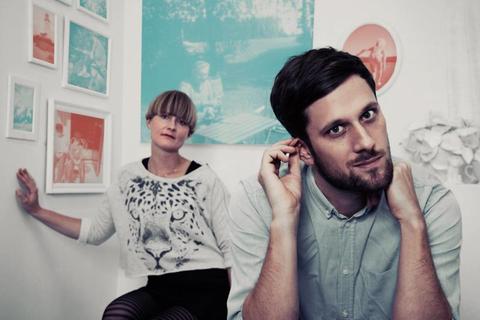 Listen to All Opportunities

When Swedish folk pop duo Solander set out to make their third album, the focus was going to be on the natural world. But circumstances set the band off in a different direction. “When we were in the U.S. the last time,” remembers guitarist/vocalist Fredrik Karlsson, “we suffered a great loss. After that, it was impossible to focus on anything else.”
That feeling of loss and remorse is threaded all through Monochromatic Memories (out February 2014), and its lead single “All Opportunities”.

Recorded in Stockholm with producer Christian Gabel (Ane Brun, bob hund), "All Opportunities" build steadily with synthesizer and cello melodies courtesy of Solander’s other member Anja Linna, restrained yet driving drums, and the delicately appointed vocals of Karlsson shading the edges with color and emotion. The lyrics speak of the heartbreak of letting someone go, but the blow is cushioned via a bed of gorgeous sound.

Monochromatic Memories is also a wonderful extension of the sounds  - a gentle meshing of moods both joyous and sad, and threading arch little musical touches throughout - that Solander have explored since Karlsson/Linna started the project as students in Gothenburg.

“We put together a bunch of people and played some songs of ours in the cellar of this Christian home for students,” says Karlsson. “After that, everything has just happened gradually, a constant progress.”

So far that has included two highly-regarded LPs (2009's Since We Are Pigeons and 2011's Passing Mt. Satu) and plenty of live performances, including a much-talked about stop at the SXSW in 2012 as well as several tours throughout continental Europe.

"All Opportunities" is merely the opening salvo for what looks to be a busy year for Solander. The group is already set to open up a batch of Scandinavian dates for Junip, an extended european tour in february, and they have also been invited to return to Austin, Texas as part of the 2014 edition of SXSW with a U.S. tour to follow.

Solander like to say that their music is a search for higher ground and deeper forests for them to explore. If you’re willing to follow them into the woods and up those hills, the group’s ornate, folk-inspired beauty will also allow you delve into the depths and heights that a person’s spirit can reach.