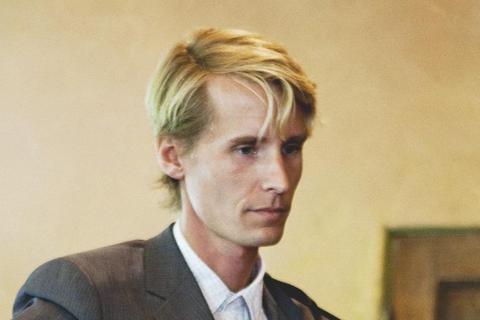 I take the city bus, which is an experience that has plugged me back into humanity. The faces, languages, the dress, daily I am part of the mix of what is the real face of this town, and though learning the schedules has been challenging, and the temperament of some of my fellow commuters eyeopening, it feels good to be in the same boat as everyone else. People come to Los Angeles because like Frank Lloyd Wright said it's where everything loose collects, and though I am nothing more than another pebble I am the number one observer of this place.

My first musical recordings were done so on the family dictation machine. Cassette tapes I bought for cheap at garage sales, the soundtrack to Batman, Beethoven, Enya, which I then unlocked by obstructing the write-protect tab with tape. My idea of a recording studio isn't some climate controlled facility with cutting-edge technology but a bedroom, Radio Shack mic and tape machine, and when I think of album manufacturing

Enough time goes by and you can make sense of anything. Grass Punks at once brought to my mind an earthen smoldering stick, used to light a wick or ward off peskiness, but now it stands for something greater, a sort of heading for everything I believe in when it comes to my brand of folk music and DIY recording.