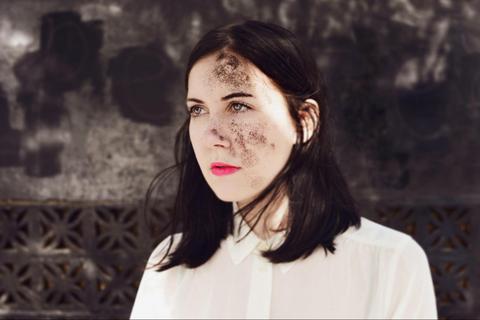 TORRES is Mackenzie Scott of Brooklyn, NY (via Nashville, TN via Macon, GA).

In January of 2013, TORRES’ debut self-titled album was released to much critical acclaim earning an 8.1 rating on Pitchfork, who later went on to declare the album to be one of “year's most worthy records that you may have missed.”

With the innate ability to encapsulate in her songs and live performances the stark feelings of humanism, isolation, fear, and guilt while evoking a sense of revelation and resolution in her listeners, Torres’ has found herself a favorite among critics such as NME, DIY, Pretty Much Amazing and others.

Following the release of her debut album, Torres spent 2013 touring and beguiling audiences across North America, the UK, and Europe. Her dynamic live show was one of the highlights of SXSW 2013 and she has since gone on to share the stage with the likes of Daughter, Okkervil River, Marnie Stern, Deertick, and Sharon Van Etten.

Torres’ music cuts right to the bone. She spills every inch of her soul into her songs and performances, reflecting the joys and sorrows, and the unpredictability and uncertainty of life and love.