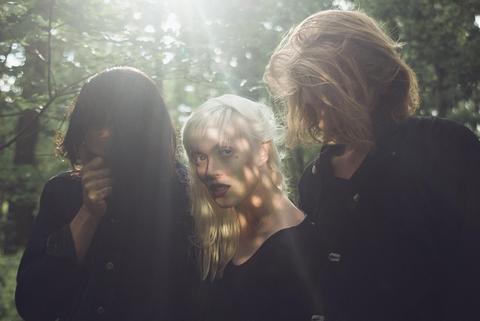 BALLET SCHOOL are a band at the forefront of pop's new alternative. Classic melodies, beautiful beats, real lyrics. Featuring Rosie Blair on vocals/guitar, Michel Collet on lead guitar and Louis McGuire on drums.
Rosie, (from Ireland), and Michel (Japanese-Brazilian) met two years ago in Berlin's thriving ex-pat DIY scene. Rosie heard Michel playing his guitar in the U-bahn and immediately asked him to form a band. In 2012 they began collaborating with Louis, another fixture on the Berlin DIY scene.
The three bonded through wild experimentation, endless youtube partying and constant gigging, as they worked to transform a deep love of The Cocteau Twins, The Cure and early Madonna into a fresh pop sound. The heart of the Ballet School sound is the perfect match of Rosie's voice, Michel's glacial guitar and Louis innovative drumming. The result is graceful, 21st Century Pop.
Their debute album will be released this year via Bella Union.