The Black and White Years 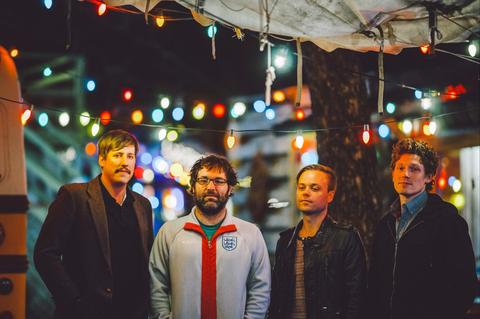 Since 2006 — when Scott Butler, Landon Thompson and John Aldridge formed The Black and White Years — their sifter has been shaking beyond the status quo. They’ve released two albums and one EP. Topped radio charts. Shifted directions. Nearly broken up. Added members. Won 5 Austin Music Awards. And now, a mere seven years post, what’s left at the bottom of the sieve are the undeniably solid pieces of a band arriving at a capstone.

Strange Figurines, due to hit earbuds on January 21, 2014 on Modern Outsider Records, is that stone. It is the unalloyed chunk that endured best and worst times, youthful decisions, egos, changes, collaborations and maturity, to become an album embodying not just style or substance. But a perfectly mixed cocktail of them both.

Formed in Nashville and discovered at SXSW in 2007 by Talking Heads’ and Modern Lovers’ Jerry Harrison, The Black and White Years debuted their first full-length, Harrison-produced record only a few months later. Following the success of their introductory LP, they fronted the national stages of CMJ Music Festival, Fun Fun Fun Fest and Austin City Limits Music Festival, not to mention the international rostrums of London’s Wireless Festival and Cannes’ MIDEM — where drummer Billy Potts climbed aboard. “Power to Change,” their uniquely mysterious pop anthem and first single, made waves on college radio, scoring them an armful of trophies at the 2009 Austin Music Awards. And their subsequent release, Nursery Myths EP (2009), proved no less noteworthy. Its lead track, “To Modern Science” helped garner close to a million YouTube views for a popular Apple iPhone commercial spoof meme.

But content is nothing without direction, and even more so in this industry, production. So the guys (and girl) enlisted buddy and boy-genius producer, Danny Reisch. The Wizard to their Oz, he is the epitome of a visionary. His approach to making a long-living record is cleverly simple: focus less on its head and more on its heart. At the end of the day, Reisch is atypical in that logistics and sheer engineering take a back seat to feeling and intent. The exact thing The Black & White Years would need.

The word they kept coming back to in the making of Strange Figurines was “coherent.” And in the studio, they all worked ad nauseam, perfectly capturing every nuance of their personalities and delivering on such. So that, ultimately, what we are left with is not just a cornerstone, but a rare gem. One whose brilliance shines as it’s enjoyed top to bottom, over and over again.