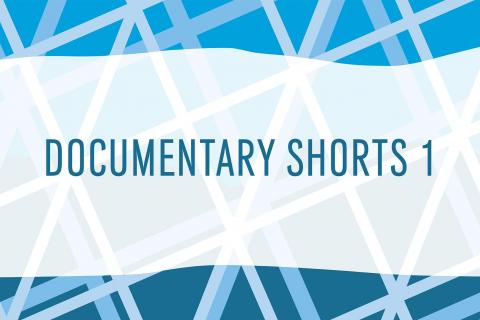 12 Years of DFA: Too Old To Be New, Too New To Be Classic

In the latest film from Red Bull Music Academy, we turn our attention to DFA: the iconic NYC record label that got the indie kids to dance. Narrated by Marc Maron, it features music and appearances from James Murphy, LCD Soundsystem, The Rapture, Holy Ghost!, The Juan MacLean, Shit Robot, Sinkane, YACHT and many more!

For some reason, Trent and Chris spend their Friday night in the middle of a kitchen.

There is a particular moment right before fame strikes a young musician – between the full flowering of talent and believing in a dream so pure and strong as to feel bulletproof – which at the same time is almost imperceptible as it is happening. In watching Malcolm Brickhouse and Jarad Dawkins of the band Unlocking The Truth, this metaphysical friction is in full effect.

Kehinde Wiley: An Economy of Grace

Known for his vibrant reinterpretations of classical portraits featuring African-American men, New York-based painter Kehinde Wiley has turned the practice of portraiture on its head and in the process has taken the art world by storm. "Kehinde Wiley: An Economy of Grace" follows the artist as he steps out of his comfort zone to create a series of paintings of women for the first time. Kehinde casts his models on the streets of New York and then enlists Riccardo Tisci of Givenchy to create couture gowns for each woman. The film traces the artist's process from concept to canvas as he reveals to us another side of black femininity.

On October 2nd, 1977 Dusty Baker hit his 30th homerun of the season, making history as the 4th player on the Dodgers to hit 30 or more home runs. As Baker rounded the bases, an excited rookie named Glenn Burke met him at home plate, raised his arm high in the air and slapped Baker five. It was the first high five recorded in the history of sports. A year later, Burke was forced about of baseball amid rumors of his sexual orientation. The film takes audiences back to the spontaneous moment between the two men and tells the story of how the celebratory gesture spread throughout the sports world at same time Burke was being forced from the game he loved. *This film is screening as part of SXsports, and will also be open to Interactive badgeholders.

OBEY THE ARTIST travels deep inside Shepard Fairey’s creative process, exploring how politics and music inform his iconographic work. Tracing his punk rock roots from his early days of rigging copy machines and tagging to helming a thriving, independent business by harnessing the power of technology, the film follows Fairey as he transforms a photograph by National Geographic’s Aaron Huey from a digital print to the streets of L.A. in the form of a remarkable 12-foot mural in order to give voice to the forgotten history of Native Americans. The latest in a series from A TOTAL DISRUPTION, "OBEY THE ARTIST" looks at this groundbreaking artist who is innovating his independence.

"That B.E.A.T" is one of six films shot in a variety of American cities, showcasing the new guard of young talent and unique sounds of American music today. Showcasing diverse genres: the strip clubs of Atlanta, the indie scene in Portland, genre mixing soul music from Detroit, underground alternative rap culture in New York City, electro music created in LA's valley, and of course the sensation of New Orleans' sissy bounce. Each of the individual films reveals cinematic portraits of distinct music sub cultures.