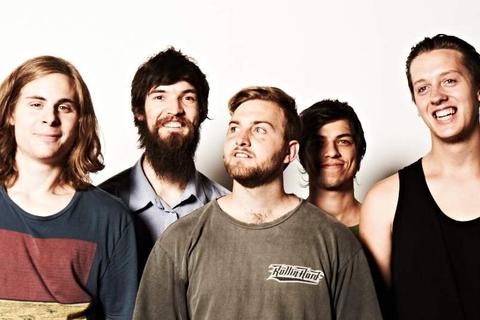 Jonathan Boulet was an accomplished first step for the Sydney native - recorded, played, sung, produced and mixed by a 21 year old in his parent's garage. On We Keep The Beat... Boulet has again taken the reins, but this time he's opened the doors to the garage and let the world in, and it shows.

We Keep The Beat... is a soaring burst of melody and harmony, built on the blocks of primal, incessant rhythm. It features choruses of chanting choirs, speedball drum lines and junkyards of melodic percussion. It's a dense, cathartic record of unbridled energy and heavy pop.

On another level it's collective music. It's a call to arms for those who are not just listening, but actually hearing it, and it's best listened to in group situations - the more the merrier.