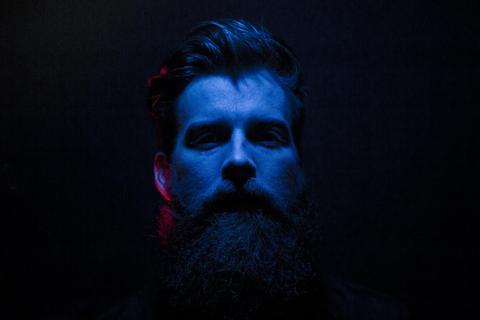 As a producer, engineer, multi-instrumentalist and talented vocalist, D.A.CALF has cut his teeth on myriad stages in various guises. From event curating in his native Australian small country town, he has toured the country with groundbreaking performance art-rock outfit The Hauntingly Beautiful Mousemoon, produced two complex, eclectic records with his Melbourne outfit The Book Of Ships, and established successful recording studio The Institute in both Newcastle and Melbourne locations. Over the years well Calf has collaborated with a high quality of musicians, writers and performers, through his work at The Institute.

Calf’s strengths as a producer and composer are reflected in his vast body of work, as writer, arranger and driving force behind The Book Of Ships and his solo career as D.A. Calf. His music has been heard in soundtracks to feature films and television and in installations.

The dark, layered nuances of The Book of Ships’ two critically acclaimed records has led to an expansion in the solo work of D.A.Calf. His live shows incorporate samples, loopers, laptop and percussion and effected vocals. Each song is crafted with the deft skill of a dedicated producer, and it is the attention to detail that pushes Calf’s solo work above and beyond that of some laidback troubadour. This is guitar-driven melody, searing vocals, and rich, dense production. Inspired by artists such as Philip Glass, The National, Bill Callahan, Godspeed You! Black Emperor and Ben Frost, Calf maintains a rigorous discipline and a punishing work ethic. There is an ongoing compulsion to push harder, learn more, explore, grow as an artist.

The latest Book of Ships record, ‘Outer’, is an exploration of escape, denial, solitude and outsider-ism. Overshadowed by the sudden demise of a twelve-year relationship, it is a raw and honest musical journey, written in part on the coast of Western Australia in the remote, arid, eerie surrounds of mining cities and ghost towns.

D.A.Calf is a rare combination of creator, observer, collaborator, guide. He is only at the beginning of what will undoubtedly be a remarkable, diverse and challenging musical career.