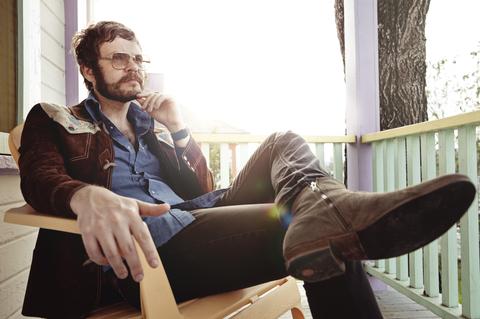 Henry Wagons, recently named one of Melbourne’s Top 100 Most Influential People, is unanimously lauded as one of Australia’s greatest and most entertaining performers. Along with his rare charisma he offers heavy doses of stomping outlaw country rock, irresistible crooning and classic songwriting.

Henry could never be named a shrinking violet. While many other frontmen take gentle place in the calm of a shady palm tree and sing humble acoustic love songs on their solo debut, the Melbourne born entertainer has far more bombastic plans. After five Australian albums with his band and a North American debut with the 2011 release of Rumble, Shake and Tumble, Henry strikes out on his own with Expecting Company?

In both the live forum and on record, Henry draws upon an uncommon range of influences including jumpsuit-era Elvis, the grit between the floorboards at the Grand Ole Opry, the spit in ’70s trumpet sections, Cormac MacCarthy’s psychedelic Westerns and Lee Hazlewood’s dead but potent stares. Wagons’ live show is a performance like no other, invoking both a Vegas showroom extravaganza and a bunch of fresh-faced undertakers letting loose at a rained sodden rock festival.