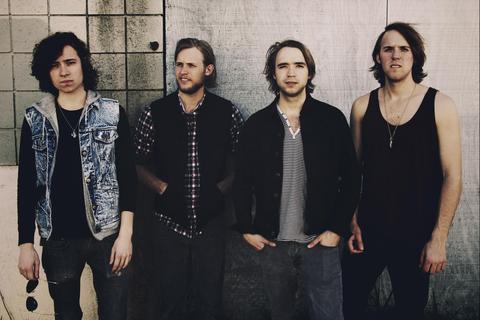 Listen to Knock Yourself Out

Filligar is a touring rock quartet hailed as "one of the best young bands in America”. The lineup – three Mathias brothers and Casey Gibson – remains unchanged since the band’s early days recording and performing as teenagers in Chicago.

The American Society of Composers, Authors, and Publishers (ASCAP) has recognized Filligar’s catalog of original music as of “prestige value” and the tastemaking Consequence of Sound has called their sound “a breath of fresh air.” Their latest release The Nerve was nominated for Best Rock album at the 2012 Independent Music Awards.

Though prolific in the studio, live performance has become the band’s lifeblood. Boston’s RSL music blog named Filligar one of the Top 8 Live Acts in America alongside fellow Windy City rockers Wilco. Last summer they were hand-picked by Counting Crows to join their Outlaw Roadshow tour, and following this year’s CMJ Music Marathon in New York, SPIN Magazine named Filligar one of music’s “Next Big Things.”

The band recently finished recording a new LP, set to release in the coming months.