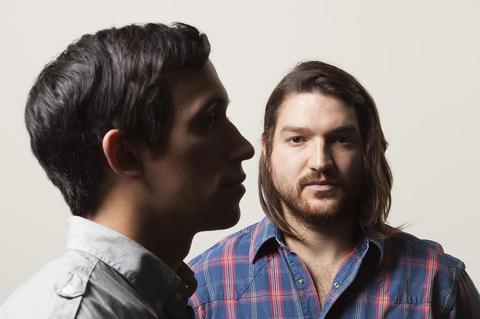 My Goodness is a Seattle-based blues/garage rock band that consists of Joel Schneider (guitar and vocals) and Andy Lum (drums). The band has existed since 2011, playing predominately in the Pacific Northwest and releasing one self-titled album that same year. My Goodness was on hold for the majority of 2012, but with the recent addition of Andy Lum on drums, it has found a renewed purpose and is ready to move forward with a heavier, more aggressive sound. Somehow straddling the line between raw and refined, MG doesn’t sacrifice technical precision in the name of punk rock: they strive to marry both.

The pair recently recorded at Seattle’s London Bridge studios with esteemed Seattle producer Rick Parashar (Pearl Jam, Temple Of The Dog, Blind Melon). The 7-inch for “Cold Feet Killer” b/w “I’ve Got a Notion” is set for March, when My Goodness will also be returning to the studio to record a new full-length album with Parashar.