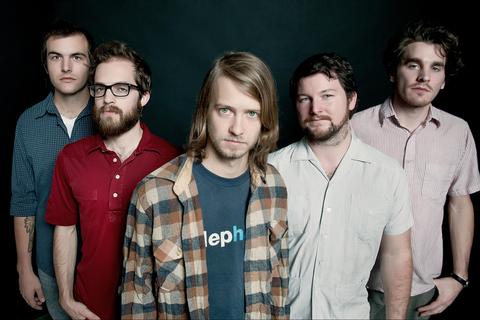 Listen to When the Wind Blows

The band’s singular sound has earned them a loyal following in their hometown since they formed in 2010, resulting in SXSW gigs and packed shows with folky contemporaries like Shakey Graves, who contributes guest vocals on ‘Dark Twain,’ and Wild Child, whose cellist Sadie Wolfe previously played in the band. Their early demo recordings drew comparisons to Elliott Smith, Midlake, and Sufjan Stevens, as fans around the country discovered their sound through word of mouth and blog write-ups.

The Brooklyn-based tastemaker blog I Guess I’m Floating showed early support for ‘Dark Twain,’ comparing Hello Caller’s sound to the “earthy, emotional appeal” of the bands made famous by Saddle Creek Records in the late 90′s-early 00′s, updated with “the textured instrumentation and baroque pop sound you hear in acts today like Grizzly Bear and Beirut.”

As their music spreads around the country and their loyal fan base continues to grow, Hello Caller are quickly becoming an outstanding new force in Austin’s folk scene and beyond.