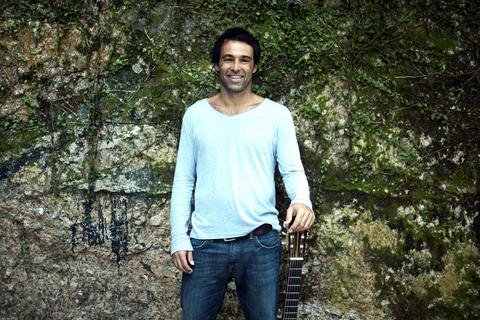 Roge represents the new generation of artists of the Brazilian Popular Music movement. His sound is the carioca face of Brazil. He plays a groovy kind of samba and moves effortlessly from bossa nova to samba to reggae with the ease of a prolific composer.
His compositions create a fusion of all these rhythms producing a unique and fresh sound. Aside Arlindo Cruz (one of his most frequent songwriting partners), they composed the theme for the 2016 Olympics Games in Rio and the 2014 World Cup's Mascot. Another frequent partner is Seu Jorge (well known for his 'Life Aquatic' project), who recorded 7 songs composed by Roge on his most recently album, from 2012.
Roge has released four solo works ('Rogê' in 2003, 'Brasil em Brasa' in 2008, 'Fala Geral' in 2010, and the brand new 'Brenguele', produced by Kassin, from the project RED HOT IN RIO) and over the years has sought to create a sound that synthesizes the purity of each rhythm by intertwining and merging MPB references. His music is life-affirming and appealing, a laid back kind of samba that emerges as the soundtrack of modern and flourishing Rio de Janeiro.
After completing his 3rd appearance at SXSW Music Festival, he arrives in New York with his full band for his New York City debut.