Mike Scott: Adventures of a Waterboy with guest Steve Wickham 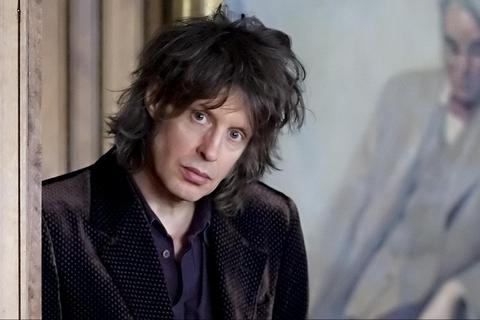 Formed in Edinburgh, Scotland in 1983, for three decades now The Waterboys have provided a thrilling conduit for the questing spirit of Mike Scott and a fluid cast of fantastic musicians. From “The Whole Of The Moon”, a UK hit single not once but twice, in 1985 and again in 1991, to their forthcoming album, the hugely-acclaimed-in-the-UK An Appointment With Mr Yeats, The Waterboys embody all that is most precious about music: power, passion, magic, transformation.

The band’s early roots in post-punk, evident on their 1983 debut The Waterboys, rapidly evolved into the layered, widescreen sound of A Pagan Place (1984) and This Is The Sea (1985). On “The Whole Of The Moon”, “Don’t Bang The Drum”, “The Pan Within” and “This Is The Sea”, The Waterboys perfected a skyscraping, imperious strain of rock music full of soul, poetry and an elemental intensity which made an obvious impact on several of their peers, perhaps most notably U2.

Always highly attuned to the restless readings of his inner musical compass, after This Is The Sea Scott hooked up with fiddle player Steve Wickham and moved to Ireland, shunning the high-end production gloss which defined the age to pursue instead a radical immersion in roots music. It was a pioneering move which did much to popularise the use of traditional instruments within a pop context: shortly afterwards the likes of R.E.M. and The Wonder Stuff began adding mandolins, acoustic guitars and fiddles to their music; now everyone does it.

Away from the spotlight, Scott and his adventurers spent three years soaking up Celtic folk, gospel, Cajun, country and blues. They emerged late in 1988 with the magical Fisherman’s Blues; the rousing title track and the wryly romantic “And A Bang On The Ear” remain beloved anthems today. This wild period of music-making is vividly recalled in Scott’s recent memoir, Adventures Of A Waterboy. Such was the wealth of creativity, the Fisherman’s Blues recordings have since yielded a further album of outtakes – Fisherman's Blues Part 2 (2001) – and an expanded double-disc version of the original album, released in 2006. And there's more to come: a seven-CD set detailing the mammoth, mythical sessions in their entirety, titled Fisherman's Box at the suggestion of long-time Waterboys fan Colin Meloy (The Decemberists), is being prepared to mark the album’s 25th anniversary in 2013.

Following the release of Room To Roam in 1990 the rootsy incarnation of the Waterboys disbanded. Scott left Ireland for New York and fashioned a new, urban, street-smart version of the band on the hard-rocking Dream Harder (1993). Later in the 90s he released two solo albums, Bring ‘Em All In and Still Burning.

The Waterboys returned from hiatus in 2000, and Scott has since channelled the band’s spirit into a series of superb yet diverse albums. A Rock In The Weary Land (2000) captured the fragmented, jittery vibe of London at the dawn of the new millennium, while follow-up Universal Hall (2003) tended towards reflective and spiritual matters. By 2007 the mood had shifted again: the vibrant Book Of Lightning felt like a superior sampler of all the varying strands of Waterboys music. And during this time Scott reunited with Steve Wickham, who remains his musical foil and soulmate throughout the group’s evolving adventures.

The latest Waterboys project, An Appointment With Mr Yeats, has been widely acknowledged in Ireland and the UK as a landmark achievement, fulfilling Scott’s long-held ambition of creating an entire album re-framing the words of Irish national poet W.B. Yeats in a rock and roll context. Starting life as a five-night run of performances at Dublin’s Abbey Theatre in March 2010, An Appointment With Mr Yeats has attracted some of the most rapturous reviews of the band's career. The BBC said “it stands alongside some of their best, most heartfelt work to date”. The Telegraph described it as “a fabulous feast of words and music”; for the Guardian it was simply “a triumph”. The album will be released in the United States on 26 March 2013. And 6 days earlier, on March 20th, the band will play a special one-off performance of the full An Appointment With Mr Yeats show at New York's legendary Town Hall.

The band's recent tour, which swept through Europe during the first half of 2012, augmented the numerous highlights from Mr Yeats with a selection of killer Waterboys classics, and featured some of the greatest shows the band have ever played. In Fall 2013 this show will play across North America.

Today the influence of The Waterboys can be clearly heard running through the music of Arcade Fire, The Decemberists, Mumford And Sons and countless other contemporary artists. The musical styles, personnel and locations may have shifted wildly over the course of 30 years, but The Waterboys have always been anchored in a handful of certainties: Scott’s crackling voice, full of fire and fight; the literate romanticism of his words; a refusal to stand still; above all an unwavering commitment to music as a transportative force. And right now, they’re a band at the very top of their game.