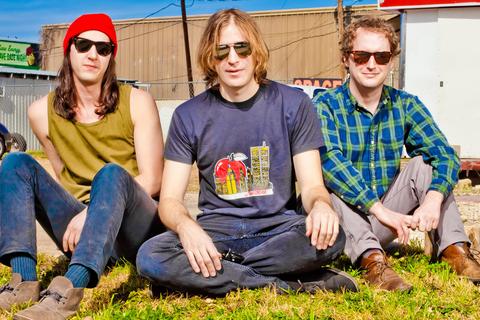 Hundred Visions is a two-guitar band from Austin, Texas. Sharing an affinity for glam rock and the SST catalog, they honed their spare approach to rock music in a hot garage in 2010, releasing their first EP Last Cab From Tunis the following year. They recently followed this up with their first LP, Permanent Basement.

"Taut, wound-up new-bruisers Hundred Visions come from contemporary Austin, but sound beamed straight outta 1979, connecting the line between the between the breezy American power pop of bands like the Shoes and the jagged Brit post-punkers of Gang of Four." SPIN