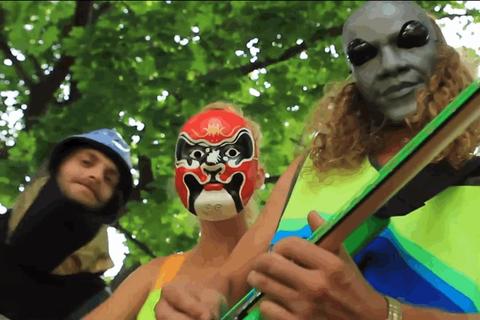 Guardian Alien’s Thrill Jockey debut, See the World Given to a One Love Entity, is a 40 minute psychic/psychedelic meditation that is driven by an intensity that is at once expansive, focused, and heavy. The overall arc of the album is transportive and trance inducing.

"The murky, primordial drone rock that Guardian Alien make is difficult to talk about directly, mostly because it wants to transport you somewhere ecstatically preverbal. At its best, it renders you glassy-eyed, interacting with its texture the way you would a particularly plush rug after multiple bong rips: pure, mindless feel. The band builds one titanic, steady wall of sound over 37 minutes that never shifts dramatically: It thickens, lightens, surges, subsides. It's mantra music, and if it succeeds, it commands your senses on a level that surpasses faculties of articulation entirely."