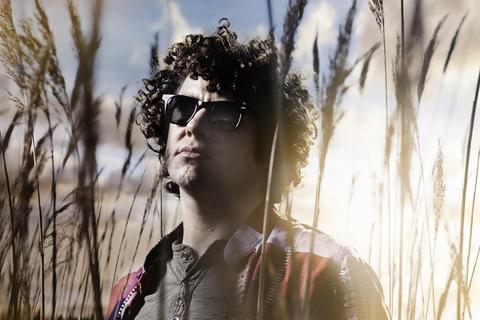 Declan O’Rourke was a latecomer to the Dublin singer-songwriter scene. But, in his mid-twenties, within months of discovering Dublin’s bustling songwriter open-mic circuit, O’Rourke found himself in the mix with the likes of Paddy Casey, Gemma Hayes, Damian Rice and many other Irish singer-songwriters.

In 2004, Declan released his debut album, Since Kyabram.
‘Galileo (Someone Like You),’ his debut single, has been covered by numerous artists including Josh Groban, and performed by Paul Weller and Chris Rea.

Such was the critical and commercial success of Since Kyabram in Ireland that it opened the doors for him internationally, earning him plaudits from the likes of Snow Patrol, Kate Rusby, each of whom were rapturous in their praise of Declan’s deep-honey voice and astute song writing abilities.

His follow-up album in 2007, Big Bad Beautiful World, easily consolidated his appeal in Ireland and also with his growing list of well-connected champions. Support slots followed in the UK and Europe to the likes of Paulo Nutini, Snow Patrol, Teddy Thompson, The Cardigans, Badly Drawn Boy, Divine Comedy and Paul Brady.

O’Rourke released Mag Pai Zai, his third album, on his own Rimecoat label in April ’11. It managed to top the success of Declan’s first two albums, holding its own in Ireland’s Top 10 Album Chart for four consecutive weeks.

O’Rourke’s songs have been recorded by a host of highly-respected, successful artists. ‘Galileo (Someone Like You)’ was recorded by Josh Groban for his fifth studio album, Illuminations, produced by Rick Rubin.

O'Rourke's voice has been compared to honey, gravel and chocolate melting on a hot tin roof, drawing comparisons with Rufus Wainwright, while his songs have been compared to those of Leonard Cohen. His influences are as many and varied as The Ink Spots to Bob Dylan to Bruce Springsteen to Bjork.