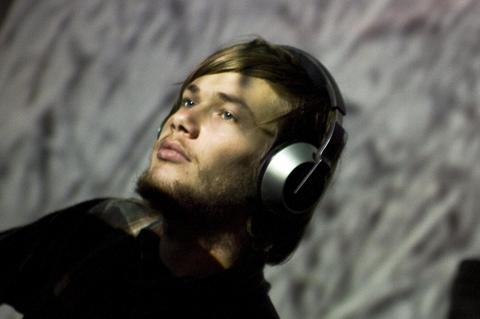 Listen to City of the Dead

Kim Janssen (yaen-sen) grew up following his folks all around Asia and recorded his first record in an old trainstation in Massachusetts with Marla Hansen (Sufjan Stevens, The National) singing and playing viola.

Kim’s new record, inspired by his years at a British boarding school, is set in a prestigious, idyllic school in Northwest England during winter.

In his skewed version of the world of a Cumbrian school there are flying trees and dark marshes that move in the halls; Couperin can be heard in the corridors and Elgar’s verses of “Ancient crime” from the common rooms; there are boilers, carpets, vales, fells, silver birch trees, and goyals. There are pump organs and silver horns that sound in the night and caskets and ropes that are carried deep in the mountains. There is snow that swirls across the Irish sea and ceilidhs that storm in the hall. There are white tents and party lamps, pianos, bells and clarinets. There is the roar of the majestic Blyth Farjeon choir and the towering church pipe organ that can be heard from many miles away. There is the Evans House quartet rehearsing endlessly on and trains that drift in the night from the beaches in the west to the mountains in the north. There are strong icy tides and steep cliffs; there is demerol and alcohol and there are stories of Sir Robert Holmes and the burning of a 100 navy ships.

It is fantastical and joyful and tragic and deeply moving, and tells of ambition, adolescence, discipline, competition, loneliness, isolation and friendship.