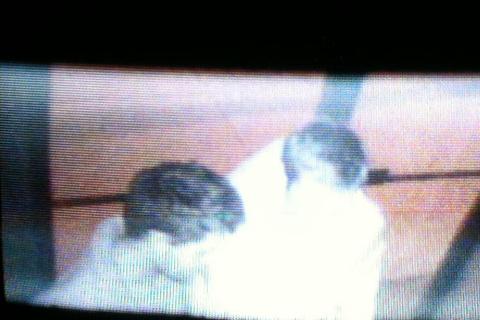 Solar Year have a knack for pulling samples from wherever they find inspiration. Those are soon matched to pitched-down electronic productions and Ertel's soaring, choir-like vocals, making for an uncanny clash of themes that otherwise sit several dimensions apart. This may stem from the fact that they are never in one place for an extended period of time. Ertel & Borden have a habit of setting up on one coast for a few months only to pack up and move on to the next destination a few days later.

April 2013 brings Solar Year's full-length debut, Waverly, out on Ceremony in North America & Canada and Splendour in Europe. Labeled as a "re-release" of an album that was quietly released in limited quantities during summer 2012 in Montreal, the vinyl release of Waverly is a unique take on bringing a brilliant album to a broader audience. As an album and a project striving to set itself apart from the status quo, Solar Year returned to Waverly late 2012 to give the album just that extra little bit of the work it deserved, and as a result pushes what one might expect from a single album into a new level of artistic freedom and creativity. Waverly will now be presented as a revamped experience entirely re-mastered, newly mixed, and re-sequenced with updates on several tracks and including unreleased material.