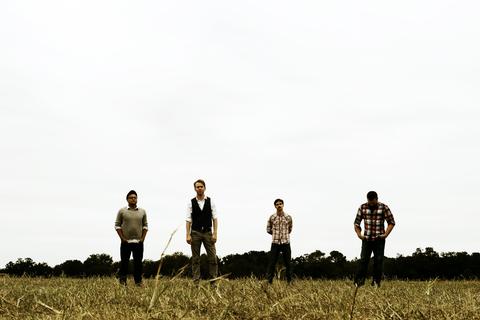 Listen to Shed Our Skin

Established in 2011, founded by Dustin Doering, Jonathan Baugh, Justin Green and Tito Sopena, O Conqueror can best be described as "tender," "introspective," and "packed with emotion."

O Conqueror has been said to sound like a mix of Radiohead, Quiet Company, Death Cab For Cutie, Coldplay, and The Shins.

O Conqueror is already on the rise as an emerging indie artist in the Austin music scene. In early 2012 O Conqueror had their FM radio debut on Austin's KGSR only months after forming, followed by KLBJ shortly after. Their live debut was at Austin's Pecan Street Festival in May 2012.

O Conqueror was invited by The Toadies and Kirtland Records to play the fifth annual Dia De Los Toadies at Whitewater Amphitheater in September 2012.

2013 looks to be a promising year for the band. with SXSW in March, Mr. Fest in April, and Pecan Street Fest in May. Early January They where invited to play 101X Homegrown live to a full house at The Parish Also their radio presents has continued to grow. They are now on the radio on both coasts and through out the Midwest.

"O Conqueror could definitely be the next great act out of Austin Texas!" Artstråda magazine

" O Conqueror are one of those acts that makes a big impression on the first listen. Smart songs laced with clever hooks. A sense of honestly that is quite rare these days. "
-Matt Noveskey/ Producer/ Blue October bassist

"A band to watch. Be sure to check out the dreamy “Masquerade” with its slow build to a big, big chorus and back again." Loris Lowe, Local Licks 93.7 KLBJ/93.3 KGSR Austin TX

"With an introspective style occasionally reminiscent of Band of Horses, thoughtful lyrics, a clear, consistent voice and songs like a friend's shoulder when you're feeling down, I think 'O Conqueror' will go far"
—Matt Parmenter, Quiet Company

"O Conquerer" creates a unique sound - their songs are clearly made out of love for music and they have conquered our Playlist by storm." - Mike Tarpataky from Radio-im-Internet.de - Rock-Indie-Alternative

"'O Conqueror' makes introspective late nite peering into one's own soul music, from a sweet sad acoustic-tinged 3am driving alone with a broken heart kind of band. Recommended."
-Dave In The Cave, Forthoodradio.com.